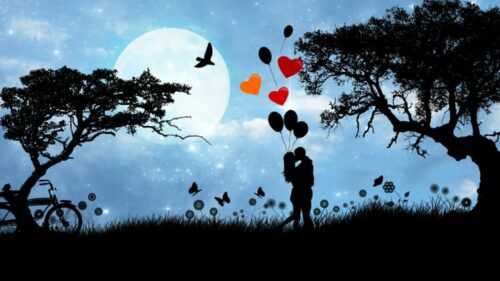 The pink city of Rajasthan, Jaipur has an affluent history to share with the world. The city along with its regal history also has some magnificent places to visit, as well. Here we have mentioned some places for couples in Jaipur to visit:

Places for Couples in Jaipur

Smriti van Jaipur is the best place to visit when you want to spend some quality time with your partner. Its peaceful vicinity offers peace of mind, and you could spend happy time here.

You would witness the wildlife beauty of this park; it is spread over an approximate area of 108 acres. You can read also Cheap Holiday Destinations in India.

Places for couples in Jaipur Smriti van is a biodiversity forest, however, in 1981 an extremely destructive flood inundated the area and a deep gap was developed.

It is a magnificent place to be, especially in the morning time. You can read also Cheap Honeymoon Destinations in India.

Tracks on the side are created for the strollers all around the park, and the serenity of the site is just outstanding.

The park is open every day, and it is open from 5 am- 5 pm and the entry fee is free.

Jal Dhara Jaipur is the most romantic place, and this place is an excellent example of natural beauty.

It is a kilometer long and is built in a different style in order to preserve the environment from any damage.

The initiative taken by the Jaipur Development Authority was a great move to protect nature from any harm.

Places for couples in Jaipur Jaldhara Jaipur is a 40 feet high fountain enclosed by different industrial rocks and trees.

Jal Dhara Jaipur is a great movement taken by the JDA (Jaipur Authority Development) in order to preserve nature’s gift. You can read also the Most Attractive Places in India.

The whole of the Jaldhara is surrounded by statues of Dolphins, forge fledglings, and crocodiles, tortoise inside the lake water; it gives off a feeling of being in the zoo.

The Jaldhara fountain looks alluring particularly at night and the lighting management done around the fountain gives an enchanting view.

The lobby has the facility to seat, and small cottages provide a cool shelter in the course of summers. And the huts attract everyone who visits here.

This park has become a favorite of everyone since its opening. You can read also Places to Visit in August in India.

The park is accessible to everyone, every day from 2 pm- 9 pm. The ticket prices are only 10/-

For the wildlife lovers who couldn’t go to places like Ranthambore or Sariska, Jhalana Safari Park is a great alternative.

The sight-seeing of panthers fills up the void spot of the tigers. Situated in the hills of Aravali hills, Jhalana Park is a wildlife area that is widely known for its leopards.

Outside the park, you could see the industrial areas of Jaipur, which might be the cause for the leopards never stepping outside of the forest. You can read also Places For Couples In Jaipur.

They have never been reported wandering or even attempted to jump out of the fences in order to get outside of the park. During winters you’d see flamingos, cranes, dunlins, cormorants, and bar-headed goose.

The three hours jungle ride would allow you to see panthers, peacock, spotted deer, blue bull and much more. You can read also Places to Visit in India.

The park possesses an outstanding record, as well. It includes nine species of snakes and two lizard species. An open gypsy safari would give a spectacular view of these species.

The ticket prices for jeep safari cost about 3000. And the visiting time is from 6 am- 9 am and 3 pm- 6 pm. You can read also Best Islands in India for Honeymoon.

Kanak Ghati exudes an understanding of Nahargarh and amber fort. The place acted like a garden during the Rajput king’s era, in which the royal family spent their quality time.

The reason why this place is so popular is that it offers a feeling of peacefulness. Furthermore, it was an ancient site of Lord Krishna. There is a statue of Radha and Krishna in the middle of the garden.

You could go here any day as stays open till Sunday from 9.00 am 6.30 pm. You could visit the amber fort and Jal mahal as they are the nearby attractions not so far from the main site. The security is pretty good here, and you’d feel safe.

The Kanak Ghati was constructed roughly 275 years ago by Maharaja Sawai Jai, and it is enclosed by Aravalli hills and has the resemblance of Vrindavan where Lord Krishna spent his time with his Gopis.

Kanak Ghati was constructed for leisure and entertainment of the queens and the kings.

As per the locals, the Kings organized for an Ashvamedha Yagna and made prearrangements of waters from holy rivers to accumulate here.

A lord Krishna temple known as Govind Dev Ji was constructed around the same time, as well.

The main garden is split into eight parts, and there’s a fountain named ‘Parikrama,’ sculpted out of an individual marble slab.

The Garbha Griha temple is also placed inside the temple complex and is designed with subtle ’panni’ work. You can read also Top Tourist Destination in India.

Nehru garden is for both children and couples in Jaipur, Rajasthan. The location is spectacular amongst kids and acts like a haven to peace and greenery.

This glorious garden is located in Tonk Road, only 2km away from Sawai Man Singh Stadium.

The garden adopts its name after Jawahar Lal Nehru who was the first Prime minister of India after independence. It was inaugurated on 14th November 1967.

Walking around the flower beds would give you a heavenly sensation; the soft wind blowing over the lake is just magnificent. The more peerless Moti Mahal built by Rana Pratap can be seen clearly from this garden.

Places for couples in Jaipur Nehru garden encompasses over 41 acres and one of the greatest of its own nature. It’s one of the most visited places amongst lakes and gardens in Rajasthan.

Places for couples in Jaipur Jawahar circle is Asia’s biggest circular park and built on a highway traffic turn. You can read also Best Travel Tips to Asia.

The park is located in Malviya Nagar, near Sanganer Airport. However, the claim to be Asia’s ‘largest circular park’ is done by Swaraj Road, Thrissur, as well.

Swaraj road is situated in Kerala, not taking into account the fact that the most significant traffic circle or around in the world with a diameter of more than 3.5km located in Putrajaya Malaysia.

The diameter of the Jawahar circle is 452 m, and the circumference calculates 1420m. This park was too built by the Jaipur Development Authority.

It is one of the most magnificent places to be in; there are numerous circle tracks in the park.  You can read also Best Indian Food for Travellers.

It is encompassed by Rose gardens and features musical fountain, up-do-date playing tools, jogging tracks are added, as well.

Jaipur’s development authority has spent about 170 lakhs for the construction of the Jawahar circle. The money has been carefully spent on walkways, jogging tracks, benches, landscaping, parking, and musical fountain.

The musical fountainhead has been set up in the core of the park. At 7 pm every evening, a musical show is organized for 30 minutes, when the fountain dances to the music and the fountains are lightened by the colored lights, it all adds up an enthralling experience. They even exhibit music videos on a wall of the cover.

The radius of the cascade is 47m with 290 effects. The height of the fountain is 25m, and the water screen size is 27 meters extended by 9m height. With 316 colored lights, the video projector has 15,000 lumens.

It highlights 5kms walking and jogging track which makes it the favorite place for the joggers and strollers.

Every year thousands of migratory birds flew here which makes it worth watching for those who loves watching birds.

Another construction done by the Jaipur development authority would be Central Park Jaipur. The park was officially inaugurated by the chief minister of Rajasthan, Vasundhara Raje, on 21st January 2006.

The attraction of Central Park

Shrouded by greenery beside the Rambagh Polo Ground and Golf Club, central park is deemed to be the most magnificent places for couples in Jaipur to visit in Jaipur.

Another reason why people are attracted to this park is that it has a musical fountain, 206 feet high national flag with 28 ft. You can read also Adventure Sports in Chopta.

Wide and 72 feet in length, and temple stone states. The national flag looks captivating and magnificent when the lights hit on the flag during night time.

How to Reach Central Park

You could take any local vehicle in order to arrive here

By rail: the central park is well associated via Jaipur railway station with major cities like Mumbai, Delhi, Bikaner, Ahmedabad, Udaipur, and Chennai.

By air: the Jaipur airport is well-linked with domestic flights to Kolkata, Delhi, Jodhpur, Mumbai, and Udaipur.

Being the hottest tourist spot in the whole country, Jaipur city has charming places to savor along with stunning gardens to have a lovely time.

Vidyadhar Garden is amongst the well-preserved gardens of Jaipur city. You can read also Places to Visit in Jaipur.

This magnificent garden provides an intense sense of release because of its eye-catching view. The garden was constructed in 1988 after Vidyadhar Bhattacharya, the leading architect to King Sawai Jai Singh.

It is said that he was the one who designed the whole Jaipur city in this admirable and elegant way. The Vidyadhar garden reflects the highlights of both Muslim and Hindu cultures in its design.

Places for couples in Jaipur The garden was developed as per the primitive scripts of Shilpa Shastra. The Bagh is an entirely pictorial treat for the visitors with its calming greenery and excellent creation on the walls and roofs of the buildings and balconies.

The garden is enclosed with an impressive frame and mirror painting, making the visitors awe. Snippets from the life of Krishna has been depicted on the walls in order to provide a heavenly look to the garden. The place is worth visiting due to its peacocks, greenery, and fountains.

The entry fee is 100/- and the opening hours start from 7 pm to 9.30 pm. You could visit a nearby place such as Sisodiya Rani ka Bagh. It is about 15km away from the airport and 8km away from the railway station.

Places for couples in Jaipur The garden is associated with Jaipur’s heritage and culture, and it is a mesmerizing spot to watch and sightsee the exquisiteness of nature in order to encounter the peace of mind and spirit.