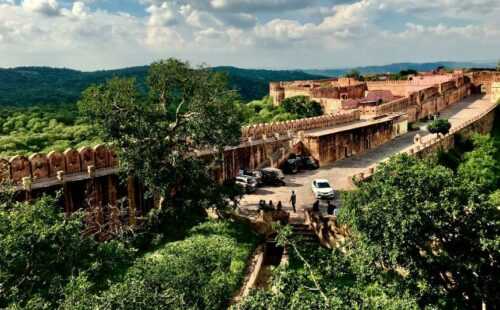 The fort situated on the cape called the “Cheel ka Teela”(hills of an eagle) of the Aravalli range; it overlooks the Amber Fort and Maota lake near Amer, Jaipur, Rajasthan, India.

The Jaigarh fort’s structural design is similar to the Amer fort, known as victory Fort. The wall of the Jaigarh Fort is 3kms long.

The one thing you would come across about Jaigarh fort more often is that it is the world’s most massive cannon on wheels, known as Jaivana.

As huge as this was, the weird thing was, that, it never was used in a battle. The only time it was used as a test when the cannonball travelled 35kms.

Jaigarh Fort is as old as the Amer Fort, which was the primary defensive structure rather than the palace itself, built by the Meena’s at Amer that time.

Due to no small amount of iron ores presence nearby the Jaigarh Fort, it saw as the most critical cannon foundry during the Mughal period.

The two structures are interconnected by a series of surrounded fortification and ruled by the acchahas from the 10th century onwards. The Jaigarh fort and Amer fort history are linked with these rulers, as they have founded their empire at Amber.

The Jaigarh Fort is a magnificent structure that lies on the “Cheel ka Teela” hills. It designed as and by the talented architect known as Vidyadhara, more like a jewel on a crown.

The fort named after king Jai Singh II. The fort has a watchtower from where you can enjoy a fantastic view of the surrounding area.

Dungar Darwaza is the main entrance of the Jaigarh Fort, consisting of two temples within the fort boundary, one is the Ram Harihar temple of the 10th century and the Kaal Bhairav temple of the 12th century.

Sawai Bhawani Singh and crucial general man Singh II, former emperors of the fort served as the top officials in the Indian army after the country became a republic.

Due to the richness of the iron ore mines in the adjacency of the fort, the Jaigarh fort became one of the wealthiest cannon foundries in the reign of Mughal emperor Shah Jahan.

The foundry in the fort has many stories to tell. The foundry built so strategically that it sucked the air from the mountains and helped to reach the highest temperature which melts the metals for the cannons.

it is a lady’s area with lattice windows and jharokhas. The cross ventilation of the wind blowing through the fort makes it pleasing and notable.

The Jaigarh fort and Amer fort secretly connected through a secret underground passage. The passage made at the time of emergencies so that the women along with their children and older people could escape through the passage during wartime. The passage is quite narrow that made the enemies slower.

even though it was the most massive cannon of its time, it never put any use. The cannon was fired only once with a charge of 100kgs of gunpowder, covering a distance of about 35kms.

The beautiful green gardens of the Jaigarh Fort are a perfect place for you to take rest. The garden’s low walls, high arch getaway, and the fantastic view are enough to leave you captivated.

Jaigarh fort found itself in the limelight in 1977, when the prime minister Indira Gandhi launched a search of all the buildings on a tip-off that the fort’s precincts and its water tanks had a treasure belonged to then Kachwahas rulers.

However, after months of search, an army carried by the unit proved to be worthless and was called off. People believed that the Jaigarh fort treasure if there was any, was used by king Sawai Jai Singh II to construct the city, which now we call it Jaipur!

Nearby Attractions with Distance

How to Reach Jaigarh Fort Jaipur

Many private and government buses are available to the Jaigarh fort from Jaipur city. Jaigarh Fort is around 15kms away from Jaipur.

You can quickly get access to private cabs and taxis from Jaipur to the Jaigarh Fort, which will charge less than 500/-.

However, to reach Jaigarh fort from Amer fort, you need to hire a private vehicle or take one of the local buses. It is 7kms of distance from Amer Fort to Jaigarh Fort.

Comfortable cotton clothes along with flat pairs of sandals are advisable.

Try not to get lost as the passage within the palace is quite sinuous and confusing. The place is not as crowded as the Amer fort. Hence, try not to get lost and try being in the main areas and if you have kids with you, remember to keep a hold on them. 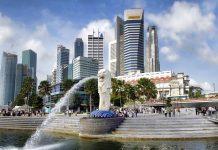 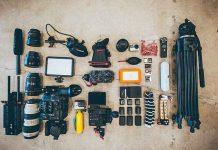 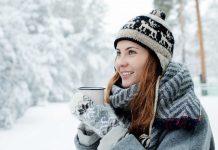