Home Destination Real Haunted Places to Visit in Ohio in 2021 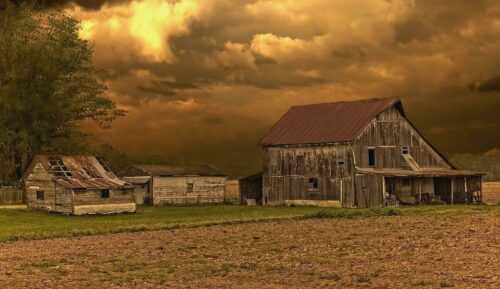 Do you love exploring haunted places? Ohio is a perfect destination calling you to make a new scary experience in life and haunted places to visit in Ohio.

There are many other things, too, for which Ohio is famous, but the main reason is that its population and its haunted places.

Ohio has a plethora of libraries, universities, and a few other scary places. Now you got to know where you can be to explore the haunted places.

The demonstrated details below will help you know about the haunted places to visit in Ohio so that you won’t waste your time finding the destinations.

So without wasting a single minute, let’s start exploring those scary places. Check Out The Most Haunted House in Ohio: Franklin Castle.

Scary Places to Visit in Ohio

Fudge Road is a gravel track. After a few distances get covered, the road carries a steel bridge across Aukerman Creek. There is a haunted story with that bridge is heard.

It is said that a young lady hung herself from the bridge with her unwanted newborn. It is heard that a motorist was crossing the road. At the very same time, he heard an infant crying and saying “mom” three times.

The Majestic Theatre was built in 1852. The theatre has received a lot of popularity in the name of being the most haunted place in Ohio. In originality, the theatre was known to be Masonic Opera House.

It is said that various ghosts are settled in the theatre. The ghost mostly sighted over there was named Elizabeth.

Elizabeth is a young woman. At the time of one occasion, it is found that the ghost was asking, “How do I get out from here.”

There are a few shadows in the theatre’s auditorium, and strange mists are found to be there. In all the scary places to go in Ohio, it is one of the most visited ones. Mukesh Mills The Most Haunted Places in Mumbai.

It gives a creepier feel to the visitors. Many people are a witness of the place for being haunted. They saw a young woman worn a red shirt and jeans with a blue sweater.

It is said that the woman used to roam through the trees. Not only the young woman, it is believed that a few more spirits are also found there.

The other spirits are of a young boy and his dog. It is said that the boy drowned in the canal, and his dog tried to rescue him. Check Out Top 10 Spooky and Haunted Places in the World.

Mudhouse Mansion is also known as Hartman Place in their local language. It is an abandoned mansion made with bricks built in the mid-1800s. For the Mudhouse Mansion, there is a story believed.

One night, the servant killed the entire family and escaped from the place. It is said that another owner of the house killed his wife before he committed suicide.

He killed his wife because she was having an affair. There is no accuracy for the tales, but that’s true, there are multiple spirits roam around in the hall of the mansion. It is one of the real haunted places to visit in Ohio.

The Civic Theatre was also known as Loews Theatre, designed by John Eberson, a Viennese architect. The theatre is built in a way that looks like a night sky.

There is a canal behind the theatre. It is believed that a woman jumped into the canal and committed suicide. Another case was of an employee of the theatre.

It is said that he was about to attack an individual who created a mess in his bathroom. After these two spirits, there is one more spirit that exists on the balcony of the theatre.

Nobody knows anything about that ghost, but still, he is different from other spirits. Amazing Top 10 Haunted Places in India.

The architect who designed Ohio State Reformatory (haunted place), he designed this Bissman Building in 1886.

The place not only shares its physical appearance with reformatory but also shares the appearance of films. The location was taken for film shooting too.

People are witnessed that there is a young woman, roam all around the building in Victoria’s clothing. Even the structure of the building also appears like the most haunted places to visit in Ohio.

Now, if you are a haunted place lover, go and explore these haunted places to visit in Ohio and bring a better experience in life. Check America’s Most Haunted Hotel: Crescent Hotel.