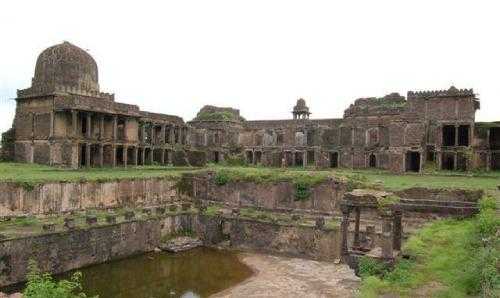 Well, we must say something best you can admire regarding Raisen Fort. It is a place with a big water reservoir, a few places, and temples within the fort.

Raisen fort called Raisen Kila in Hindi. This fort is also known as the Bhopal fort.

People believe it to be scary enough at night times. Let us now break your mystery regarding the fort. Guess what makes the place most visited.

One historical forts is located about 23km from Bhopal, Madhya Pradesh, in Raisen town, which was known after the Raisen fort got built-in 1200AD.

This fort establishes on the hilltop in the city. This fort shows the equality of two religions because we can find a Hindu temple and a mosque placed within the fort.

The imperial fort made has an impressively large stone with an outlier of a rock. Its wall was pierced with nine gateways.

There is a fantastic temple of Lord Shiva in this historical fort which is open on the occasion of Shivratri every year for pilgrims.

For the fulfilment of the wishes, it is believed that a piece of cloth will be tied on the grill of the gate.

The pilgrims who visit the temple on other days tie a piece of fabric on the grill grate to fulfil their wishes. Cave dwellers created beautiful paintings with rock shelters in the fort.

Raisen Fort’s history has been amazing since the early medieval period, featuring the 800 years old fort that has a water reservoir, fortifications, nine gateways, temples, domes, and several buildings.

It is also a shrine of a Muslim saint Hazrat Peer Fatehullah Shah Baba. Pilgrims have faith in the memorial for the fulfilment of their desires.

Since the 16th century, the fort has been under the economic influence of the Rajputs and other Hindu rulers.

It is now under ASI custody ( Archeological Survey of India). Earlier, the fort got captured by the nawabs of Bhopal.

A large courtyard and a beautiful pool are in the centre to enhance the appearance of a fort. The origin of the Raisen Fort dates back to 1200 AD.

Raisen Fort was an important centre of administration from the period of its foundation in Hindu times.

In the fifteenth century, this fort got ruled by the Sultans of Mandu, from whom it passed to the Rajputs. In 1543 Shershah Suri was captured from Puranmal.

During the rule of Akbar, Raisen was among a Sarkar’s headquarters in the Subah of Ujjain in Malwa.

Fiaz Mohammad Khan, the third Nawab of Bhopal State, ruled over the Raisen in 1760; later, he was recognized as Faujdar of Raisen by Emperor Alamgir II.

During the Mughal period, Khakhra was the headquarter of the area now located in Gairatganj Tehsil. Also, it receives its present name during the same Mughal rule.

Shahpur was the headquarter of the Pargana. After that, it was moved to Sagoni, which falls in Begamganj Tehsil.

Straight-line distance is 37km and 800 m per 23.5 miles. Travelling time from Bhopal to the fort is 43 minutes.

It is a straight line of length, and hence most of the time, the actual travel distance between Bhopal and Raisen Fort may be higher or vary due to the road’s curvature.

The driving distance or the travel distance between Bhopal to Raisen Fort is 43 KM.

By miles, the length of the road lies between these two travel points is 26.8 miles.

How to reach Raisen Fort

Raisen Fort is located around 23 KM away from Bhopal. So if we travel 50km per hour at a constant speed, we will reach our destination in 0 hours and 43 minutes.

Going time to visit the fort may vary with the speed of the bus, train or depending upon the vehicle we use.

The best way to reach raisen fort is by bus, and the nearest Bus stop is Raisen Bus station.

If we are visiting at the fort by bus, then bus timings from Bhopal to Raisen Fort is around 0 hours and 43 minutes when our bus maintains an average speed of sixty kilometres per hour throughout our journey.

The calculable period from Bhopal to the place by bus can even vary.

Also, it would take a longer time than the mentioned one.

It can even be due to the road condition or may even have a different route to travel.

Reducing the connectivity among road or bus travel time has been calculated based on crow fly distance. Bus fare from Bhopal to Raisen Fort may be around Rs.32.

All of us must have heard the stories related to the stone. If we believe in mythological stories, Paras stone is a miraculous stone, so if anything is touched, it becomes gold.

However, is this Parsa stone present, or is it just a part of the story?

There is a fort about 50 kilometres from Bhopal, where it is believed that there is a stone of stone.

It is also famous in the area that the precious stones are not guarded by any other, but genes do it.

People even believed that the king of this fort had a gem of rock. There were several wars for this stone of stone.

Going into such a fight, Raisen lost, and they threw it into a pond. This lake is inside the fort.

People said that the king had died in this war. He had not told anyone before he died that he had hidden the stone of the stone.

After the death of the fort, the fort became desolate, but many people started to be a fortress to find the gem.

It was believed that it happened because of the genuine genesis of the Paras stone.

Raisen Fort is one of the most popular tourist destinations in Bhopal. The fort is located on a hillock in the city and offers stunning views of the surroundings. The Rajputs built the fort in the 15th century, later serving as the capital of the erstwhile princely state of Bhopal. Today, the fort is one of Bhopal’s most popular tourist attractions and is visited by thousands of tourists every year.

If you are planning to visit Raisen Fort, here are some of the things that you need to keep in mind:

The fort is located about 10 km from the city centre and can be reached by private and public transport.

There is a small entrance fee for foreigners, which is payable in Indian rupees.

The fort is open from sunrise to sunset, and it is advisable to visit during the cooler months of the year, from October to March.

Several stairs lead up to the fort, so be prepared for a hike.

The fort is home to several historical monuments and buildings, so take your time exploring everything it offers.

Several shops also sell souvenirs and local handicrafts within the fort premises, so do not forget to pick up something for your loved ones back home.