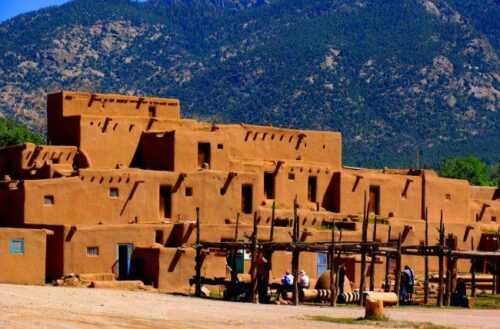 The Taos Hum, the mysterious droning and buzzing sound which has got heard in places like England, Bristol, Bondi, Taos, and Australia.

The noise once slowly creeps in the dark of the night and never goes away. We also call this steady, droning sound Hum, which can be heard in places as disparate as N.M., Taos, Largs, and Scotland.

The causes of Hum and why this sound only affects a small percentage of the population of certain areas remains a mystery.

Despite the number of scientific investigations, No one could know the causes and reasons behind it.

During the 1950s, the reports started trickling from the people who had never heard anything unusual before that time. People bedeviled by an annoying, throbbing, low-frequency humming or rumbling sound.

These cases seem to have many factors in common. Usually, the Hum gets only heard indoors, and the sound gets louder at night than in the daytime.

It gets more heard in rural or suburban environments. Taos Hum’s reports are rare in urban areas because of the steady background noise in crowded cities.

It is perhaps an important phenomenon that gets experienced in various locations of the world. It appears at a low frequency.

The Taos Hum, the mysterious droning and buzzing sound, has gotten heard in places like England, Bristol, Bondi, Taos, and Australia.

According to most researchers’ investigation, Hum expresses some confidence that its phenomenon is real. However, the result of mass hysteria is not right.

As in the case of Kokomo Hum of the United States, the industrial equipment usually gets the first suspected source for producing the Hum.

At one time, Leventhal was also able to trace the noise to the neighboring building of the Central heating unit.

The other suspected sources of the Hum include high-pressure gas lines, wireless communication devices, electrical power lines, and many other sources.

Only in the few cases, Hum has got linked to mechanical and electrical sources.

There is some speculation that the Hum could get the result of low-frequency electromagnetic radiation, which is audible only to some people.

There are also some verified cases in which the individuals have particular sensitivities to the signals outside the normal range of human hearing.

According to medical experts, Tinnitus is likely to be one of the causes of the Hum. They repeated this testing and later found that many hearers have normal hearing when there are no tinnitus occurrences.

Many times, environmental factors also got blamed, including seismic activity like microseisms at low frequency, very faint earth tremors, which can get generated by the action of ocean waves.

Other hypotheses include military experiments and submarine communications, which have yet to bear any result.

Hum’s hearers have to resort to the white-noise machines and the other devices to reduce the annoying noise they hear.

Leventhal recommends that some hearers turn to cognitive behavioral therapy to relieve the symptoms caused by the Hum. It seems to be confident that this sound Hum puzzle can get solved soon.

Despite many experiments and investigations, Taos Hum mysteries remained unsolved. Is the alien spaceship hovering over the earth is the real cause of the Hum?

Like many things in science that remain unexplained, it does not mean that it will also stay unexplained mysteries. The mystery may get solved very soon.

There are various potential causes of the strange and droning noise, and for every reason, there can be different explanations.

Is the Taos Hum real, or is it the imagination of human beings? It will get solved soon by further research down the line.

The main thing peculiar about the Taos Hum is that they are no obvious source of the sound. They are not earthquakes, no nuclear explosions, and nothing.

The vibrations triggered by the cataclysmic events did nothing, and the Hum continues to be there.

Tom Moir and Fakhrul Alam, the professors of Massey University from New Zealand, have begun their research on the “Unidentified Acoustic Phenomenon.”

The humankind should figure out if there is a sub-audible worldwide humming. It can even be dangerous.

Windsor, Ontario, is the other Hum hotspot. The researchers from Western University in London, Ontario, and the University of Windsor got a grant recently to analyze the Windsor Hum and identify and determine its cause.

The Taos Hum is a “buzzing noise” that can frequently get heard in Taos in New Mexico. Thus we started calling it “Taos Hum.”

There is so much acute that natives of Taos banded together to ask the Congress to find out the reason for the noise!

Hence the investigators are trying very hard to figure out the source of the noise. People who claimed to hear this noise say that it sounds like “a faraway diesel engine.”

Though they do not know much about this mysterious hum, yet it gets known that anyone can hear this hum around the world. Some hearers also say that earplugs make the sound even worse.

Unfortunately, no one knows it for sure, whatever it is, and also we may never get to know the proper cause of this sound, which plagues our ears.

Theories proposed by some scientists are:

People living in any Hum-prone areas mentioned above can hear this buzzing sound.

According to the study of the year 2003 by the acoustical consultant, Geoff Leventhall of Surrey from England, most of the people among those who hear this sound are ages between 55 and 70.

People who hear The Hum say that this sound is similar to the sound of a diesel engine idling nearby.

Retiree Katie Jacques from Leeds, England, has told the BBC that sometimes, this sound is a kind of torture you want to scream. Leeds is the place in Great Britain where the Hum has recently appeared.

She said that the sound is worst at night. It becomes tough to get off to sleep because she hears this droning sound in the background.

A person gets more and more agitated about the noise and tossing and turning all night.

Bristol in England was the first place on this planet where the Hum got reported. In the year 1970, around 800 people said about hearing a steady droning and thrumming sound in the coastal city, which got eventually blamed on the vehicular traffic and the local factories who were working 24-hour shifts.

The other famous Hum occurs near Taos, N.M., which started in spring 1991. The local people of this area complained of low-level rumbling noise.

The researchers from the University of New Mexico, Los Alamos National Laboratory, Sandia National Laboratories, and the other regional experts were unable to know and identify the leading causes of this droning sound.

Windsor, Ontario, is the other Hum hotspot. The researchers from the Western University in London, Ontario, and the University of Windsor got a grant recently to analyze the Windsor Hum and identify and determine its cause.

The researchers have got investigating the Hum in Bondi for several years. Bondi is a seaside area of Sydney in Australia.

One of Sydney’s residents has told the Daily Telegraph that the sound has sent all the people around here crazy, and you can only put loud music on to lock this sound. Some people even leave their fans on so they would not hear this sound.

In the study of the year 2003, which got financed by the Indian city’s municipal government, the Kokomo Hum got isolated in the United States. In this investigation, two industrial sites got revealed.

One is a Daimler Chrysler Plant which was producing noise at a specific frequency. Some local people of the area continued to complain of the Hum even though the noise-abatement measures got taken.

Hence wait for the mystery to get solved soon!