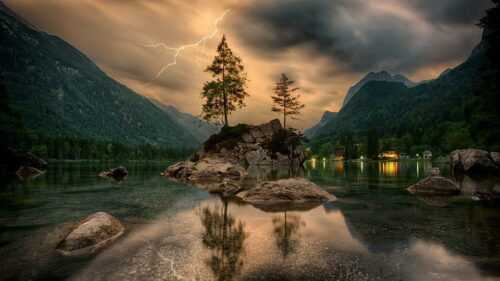 Get a chance to experience a new adventure at Roanoke Island Festival in an old-world.

Roanoke Island, a festival park, the 25-acre historic site allows guests of all ages to experience what life was like for the first English settlers in 1585.

The interpreters costumed historically are featured throughout the settlement Site, and the ship Elizabeth II demonstrates how the early settlers worked, lived, and played on Roanoke Island.

People have the choice to visit the Adventure Museum and American Indian Town for a hands-on history lesson.

This festival park also serves as the venue for concerts, weddings, and events in the indoor theatre or outdoor waterfront.

This park offers you a stunning location with nature trails, piers, and picturesque views whether you are enjoying indoor or outdoor.

You can experience an unforgettable adventure on the Roanoke Island Festival Park’s outer banks, where the first settlers’ history comes alive.

It is one of the unique destinations along the outer banks. This island is not bordered by miles of shorelines, unlike the other regions of coastal North Carolina.

These shorelines are adjacent to the Atlantic Waves. This island’s area makes it more than in history, culture, dining, attractions, and scenery.

Roanoke Island is a vacation destination place that is home to the largest concentration of the Outer bank’s attractions.

The main reason for the wealth of historical attractions and this island is its stature which is the birthplace of English settlements in North America.

It was home to the first “trial settlements” which were sent by Queen Elizabeth I and Sir Walter Raleigh.

The first colony of North America was established on this island in 1584, named a military settlement.

This colony initially was comprised of male soldiers, sailors, and builders who have set to work a building home and confer with the local Native American tribes.

In the late 1500s, Roanoke Island was put on the international map. The military colonists were sent back to England after some issues with the local Native Americans. After sending back the military colonists, a new colony was sent to Roanoke Island, which included regular citizens of England, women, and Children.

Elizabeth Dare, the captain’s daughter, was pregnant during that shipping time, and she gave birth to an American’s first English-born baby on Roanoke Island. The baby is named Virginia Dare.

After two years of landing on the Island, all 200+ members of the new settlement disappeared and left no trace except two words that they carved on two trees. The two words are “Cro” and “Croatan.”

English people continued to send more colonies and settlements on the island for its fantastic location and geography. There had miles of timber on the island to serve as supplies.

The island had turned into a thriving small town by the 1900s, decades after the war. The island got formed into a small town with a waterfront community filled with businesses, government offices, and a movie theatre.

At that time, the city remained quietly busy with residents and all over tourism activities. In the 1980s, this island officially stepped into the spotlight as the country celebrated its 400 years.

Roanoke Island had become one of the most popular Outer Banks for the unofficial tourist attractions.

What Captain John White saw at Roanoke Island was mysterious and utterly unbelievable. He saw there were no more English people. There were no signs of life on the island.

Some people said that the colony got wiped off by the violent, deadly storm, which was even easy to imagine on the island.

Other people said that English settlers had intermingled with and got absorbed into the natives, that they became comfortable with them.

More than a hundred people were lost on the island including 90 men, 17 women, and 9 children.

This loss of lives has marked the mysterious end of the first attempt to establish a permanent settlement on the Roanoke island in the new world.

Things to do on Roanoke Island

Walking full day around Roanoke Island involves the incredible historic sites and attractions for which the island is best known for.

Visitors on the island will find plenty of fun activities around the water and even away from the island’s most popular sites.

The town of Wanchese is an incredible favourite spot with the charter fishermen and dozens of boats.

If you are planning for the fishing adventure there, you will use one of the established fishing vessels that launch off Roanoke Island’s coast.

There are many private boat ships throughout the island which makes the island a boater’s paradise. Watersports lovers will find much fun there.

They will never forget the fun waterfront adventure there. Visitors of all ages and skill levels can visit and enjoy this fun waterfront.

Wildlife lovers can also enjoy a lot there with the handful of nature trails and birding platforms.

The island is a natural paradise for any person who loves a pleasant walk through the forests, like favorite hikers and bird watchers.

Nowadays, visitors from all over the island flock to the fun day trip area, which revolves around some outer banks, which include best-loved attractions like NC Aquarium, the lost colony outdoor drama, and the Elizabethan Gardens of the island.

7 thoughts on “The Mystery of the Roanoke Island﻿: Facts and Theories”