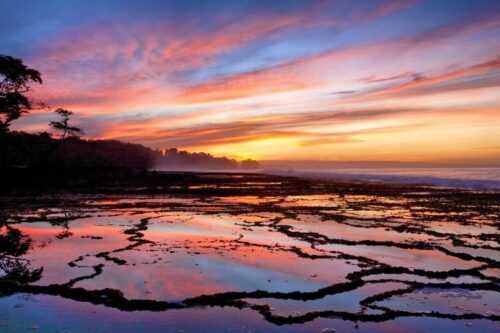 Can you envision Delhi, India’s capital, the busiest and the most crowded city in the nation could also be a part of paranormal sites? Did you hear about khooni Nadi?

It is true. Though haunted places and haunting activities aren’t something new in India, Khooni Nadi in Delhi is one of those haunted sites supposedly haunted.

The Nadi in India is located near the core of Delhi in the Rohini District.

Khooni Nadi in India is a small river enclosed by green vegetation and trees, believed to be a haunted place. Locals have reported witnessing several strange occurrences here.

Although, there is no substantial evidence to prove these phenomena about haunted places.

Even though there’s no proof, people still get chilled to wander around the spot after sunset. You can also read Top 10 Haunted Places In India & Story Behind Them.

Khooni Nadi Delhi story consists of people who believe that the Nadi can suck you within if you touch the water.

According to the locals, several incidents have taken place. Albeit mostly were linked to suicides.

It is said that anyone going into the K Nadi has never returned. If they do, it’ll be in the form of ghosts and supposedly haunt the creek.

If anyone decides to roam around the Nadi in the course of the evening, time could hear unusual sounds, mainly consisting of people crying.

The reason why this spot is a nightmare for the people is the fact that the depth of the watercourse is not even deep as compared to other creeks.

Despite being less deep, many have drowned here. How? That’s still a mystery that requires to be solved.

If you’re lucky enough, or I should rather say ‘unlucky,‘ you might get to hear crying voices coming from the site.

One could feel a presence watching them when walking past the river.

For some, it is because of black magic and curses. Since many believe that the river is cursed, the area seems impervious during summers.

Why should you visit Khooni N?

Since it is situated at the heart of Delhi city, it is accessible with no trouble by road, rail, and air as Delhi is well linked to all other significant by all manners of transport.

Therefore, you can easily approach the area of the Nadi by road.

However, if you have decided to travel via rail or air, you would need the Rohini district in Delhi.

When you reach the locality, you could ask any local about the address, and they’d guide you towards the river.

Unless you aren’t looking to solve a mystery, Khooni Nadi is your terminus.

If you are always on the lookout to investigate paranormal stuff and always drive towards mysterious places, you must visit he Nadi.

However, it would help if you were very careful since several reported deaths in the area.

It would be wise if you do not go to this place if you are sensitive and cannot handle anything.