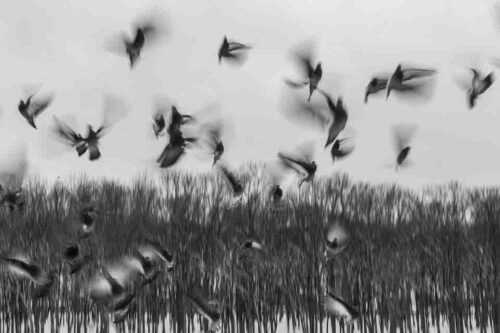 Jatinga Bird Suicide There are over dozens of stories related to Bird Suicide, but are they real or just a fraction of those grandma tales? Well, as much as the term Bird Suicide seems a bit odd, the actual story behind this term is a lot more ‘weirder.’

Over the past 100 decades, 1000s of birds have flown to their ending over a small piece of land in Jatinga, Assam, India.

In a small town with a total population of only 2500, this strange Bermuda Triangle of bird death remains extensively unexplained despite studies by India’s most well-known ornithologists.

A land of high rainfall, Assam is funded with rich greenery, which makes it a highly scenic region of India. The Mass bird suicide occurs mainly amid September- October on moonless nights.

44 species of birds in Jatinga abruptly become disturbed between the hours of 6.00-9.30pm. The birds get bewildered and crash towards the torches & lights of the town. However, the term ‘Bird Suicide’ or Jatinga bird suicide is inaccurate for a few reasons.

Despite the risk and consistent occurrences of Bird Suicide every year, the birds continue to fly to their end in this delicate area of 1500 by 200 meters.

They fly in a disorderly manner and frequently hit objects in their way, especially light sources like floodlights of watchtowers or house lights in the village.

They plunge on the ground where they get killed by the villagers we have talked about it in the beginning. In their defense, the villagers considered such behavior an evil act and believed that the birds were sent by an evil power to terrorize them.

How long has the Mass bird suicide been continuing?

The mass bird suicide has been known for a long time. However, the occurrence was first noticed by the villagers in 1905 when they were searching for a buffalo that a tiger reportedly killed.

They saw the birds acting up strangely around flaming torches. It is said that when the villagers first noticed this abnormal behaviour of the birds, they immediately thought of this place as cursed.

The legend has it that the villagers even burnt three women alive when they were accused of black magic and witchcraft.

So, the villagers assumed that it is the spirit of those three women, and they are cursing the village in these birds’ form. This scared the Nagas to their death, and they immediately left the place.

As the year went by and various human-designed artificial lights were put to use, this phenomenon’s repetition continued to this date.

Though, the bird suicide rates have gone down to an extent now. The world’s most famous ornithologist Salim Ali began his journey to study the mystery of Jatinga birds.

Despite being known as the bird suicide ground of Jatinga India, several theories were proposed by many. One theory suggests the reason behind the birds’ sudden disorientation is due to the combination of high altitudes.

High winds and dense fog, which is why they plunge themselves into the village’s lights. Another theory suggested that the province’s weather leads to the change in the water’s magnetic status. Thus, the birds get bewildered.

Wildlife and bird societies in India visited the Jatinga village, known to be the point of Bird Suicide. Since then, the deaths of birds have decreased to some extent by 40%.

The Assam Government officials anticipate using this occurrence to attract tourists to the small town; some work has even started establishing facilities for tourists in Jatinga.

As of now, scientists are trying to dig deep into the subject of the Jatinga bird suicide. Conversationalists attempt to enlighten the illiterate people of the village about the need to preserve birds instead of killing them; abolish the setup light to lure the birds.

It’s confirmed that the birds are not enticed by the whole Jatinga but only the clearly defined strip of the village. The real reason behind this Bird Suicide phenomenon is still unknown as scientists give several reasons.

However, Jatinga isn’t the only place with Mass bird suicide occurrences; this phenomenon occurs in Mizoram, Philippines, and Malaysia.

How to Reach Jatinga

It is situated 9 Km from Haflong town, and it also has a bird-watching center which can equipe the accommodation on prior notice from the district forestry office in Haflong. While there are buses available to Silchar, it might be easier to visit Jatinga Haflong by auto on a day trip.

The mysterious bird suicide events in Jatinga are written in detail in the book ‘The Birds of Assam’ by a best-known ornithologist. Dr. Anwaruddin Choudhary, in which he has mentioned similar events taking place in other parts of the world.

He further deduced that the birds in Jatinga aren’t prone to suicide; they are mostly young and local migrants and are disturbed by high-velocity winds at their place of rest at night. It makes them fly towards the lights as a shelter but get hit by bamboo poles and get killed.

Scientific or supernatural, no one could yet debunk the theory of this strange Bird Suicide. You can read also Top 10 Haunted Places in India.