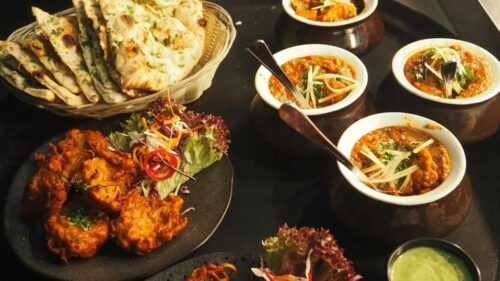 Australia is full of incredible australian food and drink. And, as a tourist, you might not even realize how many unique delicacies the country has to offer unless you ask around or read up on them.

So here’s a list of the best things to eat and drink when visiting Australia for the first time (in no particular order.

Tim Tams is a chocolate biscuit with a wafer layer. They are made by Arnott’s, an iconic Australian brand. Tim Tams are one of the most popular snacks in Australia and can be found in most supermarkets.

They can also be bought in other countries where they have been exported, such as New Zealand and Singapore. Tim Tams are available at many shops throughout Australia, but you might find it challenging to pick up a packet before you leave for your flight home (they tend to sell out quickly…).

If you have time to spare during your trip to Australia, it’s worth making sure you try these delicious biscuits.

Vodka is a clear spirit made from distilling fermented cereal grains or potatoes. It’s most often associated with Russia, but Vodka in Australia, it’s ubiquitous and makes up 40% of the spirits consumed there.

Vodka can be served neat (straight), on the rocks (with ice), or mixed with other ingredients to make cocktails. If you’re new to vodka, try it straight before branching into more complex drinks like martinis and Bloody Marys.

Lamingtons are one of the most popular desserts in Australia. They consist of a small square cake made from chocolate and coconut, dipped in chocolate icing, and then covered with coconut.

The name comes from Lord Lamington, the Governor of Queensland, when he first had them at a garden party in 1887. The snack can be found at many bakeries around Australia, but it’s widespread during summer picnics or afternoon tea (called “high tea”). If you want to take advantage of this delicious treat while visiting Sydney, stop by Petersham Nursery on a Saturday morning: they’re open all day long, so they’ll have plenty to choose from.

Weet-Bix is a breakfast cereal made by Sanitarium Health Food Company. It was first produced in Australia in 1924 and is still a popular Australian food and drink today.

While the packaging may differ depending on where you buy it, most packages contain two to four biscuits. The biscuits are rectangular or square and come in five different sizes: small (20g), medium (40g), large (60g), extra large (80g), and giant (100g).

The most common way for Australians to eat Weet-Bix is with milk poured over the biscuit before eating it.

The Weet-Bix will soften as you stir them into your drink to make them easier to chew once they have soaked up some liquid, a process called “dunking” or “sinking” that takes place while they’re still hot from being cooked on a stovetop griddle or microwave oven.

Meat pies are a staple of Australian cuisine and can be found at every sporting event. They’re made with ground beef or minced lamb, gravy, onion, and spices.

Meat pies have been part of the Australian diet since colonial times when they were first introduced by sailors from England who had acquired this Austalian food and drink item while travelling in Europe.

Today’s meat pies are typically baked in an oven and then served hot with a salad or chips (fries).

Pavlova is a meringue-based dessert named after Russian ballerina Anna Pavlova. It’s a popular dessert in Australia, New Zealand, and the UK. The pavlova is usually served with fresh fruit, whipped cream, and sometimes chocolate sauce.

Vegemite and Avocado on Toast

Vegemite and avocado on toast is a classic Australian breakfast dish. You can find it anywhere in Australia, from the most basic of cafes to high-end restaurants.

It’s a simple way to start your day: butter some bread, spread Vegemite over it, cut up an avocado, and place it on top of the Vegemite before adding another slice of bread.

The best way to eat this snack is by taking a bite off one side of the toast (so there’s still some Vegemite visible) and then folding it into thirds so that both sides have equal amounts of avocado showing through.

If you prefer something more filling or want to make your meal last longer than five minutes, add some bacon or eggs for extra protein and flavour (but don’t forget about those carbs!).

But what does vegemite taste like? You either love it or hate it. Some people describe its taste as “bitter”, while others say they detect sweet notes coming through.

If you’re having trouble getting used to such intense flavours, try using less vegemite per bite until they become more palatable over time.

Fosters or Carlton Draught, or a local craft beer

If you’re staying longer than just one trip down under, try as many different craft breweries’ beers as possible because they vary greatly depending on where they’re brewed. If a bar doesn’t have any local brews available, try ordering something imported from Europe instead.

Australia is full of unique Australian food and drink you should try when visiting. We hope this list helps you find something new to try during your next visit.

9 Mouthwatering Food in Gatlinburg You Need to Try

6 Surprising Foods That Keep Your Body Warmer to Lose Weight

Things to Prepare for a Weekend in Brisbane, Australia