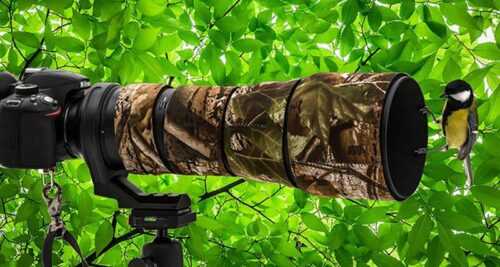 Spectacular Bird Watching, Isn’t it amazing to observe nature away from the hustle-bustle of the city?

It slows down the agility of life, makes you learn about habits and bring awareness about the nature around you.

A recent study has also proven that association with birds leads to reduced anxiety and aids in depression.

Bird watching is a common hobby, all you need is binoculars a field guide and you are good to go. Though it has fallen out of fashion it still has its share of followers.

If you are particularly interested in birds and enjoy watching, observing or studying birds these here’s a bird-watching guide.

Penguins are found around the world but there are few places that can compete with South Georgia. Georgia is the land of king penguins, the second largest species of penguins.

Other highlights of this place are Grey-headed Albatross, Anhinga, Red woodpecker and Rose-Breasted Grosbeak.

Andean Conor is a South American bird and is one of the largest flying birds in the world with a height of around 3 meters.

It is soon to be an endangered species. Mostly found in hilly, mountainous areas, or coastal regions but due to their wandering nature and can be found in different regions.

If you live in the US, you might want to travel to the east coast to experience one of the top bird-watching places.

Cape May is one of the top bird-watching destinations for 2 centuries. Another advantage is the convenience of accommodation around the coastal areas.

It is inland to a wide variety of tropical birds. Costa Rica identifies around 850 species of birds. Famous birds are scarlet macaws, motmots, toucans, and Quetzal.

It’s very rare to spot a Quetzal, it’s one of the most beautiful birds seen in the region. If you want to spot one, you should visit around their mating season, April.

It is the most popular place for bird watching in South Africa. South Africa has around 900 species of birds and over 500 of them are found in Kruger National Park.

And it is a small area hoarding so many species which adds to the buzz. Birds, Pel’s fishing owl, Lilac-breasted roller, Lappet-faced Vulture, Southern carmine, Bee-eater, Martial eagle.

September to March is the favorite time for the twitchers when the migrating birds occupy the place.

Spectacular Bird Watching, It has about 266 species of birds including eight species of global conservation concern.

Spectacular Bird Watching, Famous for the Atlantic puffins who migrate on the shore for breeding. Sea birds who step on the shore to breed.

They build their nests in high rocky cliffs. They look a lot like penguins being black and white.

what makes them stand out is their grey beak which turns vibrant orange, yellow and blue to attract mates.

It is a state at the northeast side of India around the Arunachal and Assam border. Nagaland is 52% forest having around 500 species of bird.

Famous for its Magnanimous Bird of paradise. They come from the family of Paradisaeidae and are only found in Papua new guinea.

Renown for their vibrant colors and fluffy feathers, they are one of the most attractive birds of the region.

Here is the list of places to visit at Papua New guinea to bring out the twitcher in you:-

Check Out the Dangerous Places where Birds Suicide: 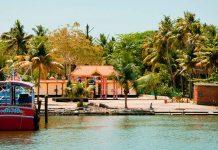 Lockdown: Is it Safe to Travel After April 14 or April 15?

Best Ever Hiking Clothes For Women When You Want To Look Cute On Your...

Is it Safe to Travel to Goa Now, Beach trip: Excursion During CORONA-Virus Outbreak?

Lockdown: Is it Safe to Travel After April 14 or April...

Best Ever Hiking Clothes For Women When You Want To Look...

Is it Safe to Travel to Goa Now, Beach trip: Excursion...