People living in Tokyo, live far from each other [They are spread in small apartments]. The Japanese parties rarely are at home, they go to Restaurants or head to the riverside to have a BBQ.

Japanese parties are focused on food or around activities that lead to eating food at the end. Dining with others is a very common activity.

Many feel that a party is an important way to strengthen relationships and in helping you understand others.

When making a Home party everything is homemade as a preference. Most women are good at cooking and these are major dishes every food party can consist of:

On the party day, guests come and even some help in the preparation [cooking]. Essentially, it’s in the evenings that the party begins.

Few people get invitations to party who are the family and friends, where nobody is a stranger to one another. It’s best kept this way and by that preserving the space as a family union area

If anybody has something to discuss, this is a good place, as it strengthens family ties and bonds. Never know, a solution may be found here. When starting out to eat, a small piece of wet towel is put by your side, so you may wipe your hands before eating.

Depending on the season, the towel can either be cold or worm, In winter the towel is made wet with warm water unlike in summer where it’s cold

In either case, just don’t use it to wipe your mouth or face.  Pouring your own soup doesn’t seem nice, it’s better to pour for others first, and have someone pour for you at the end, as a form of respect.

Respect is something they teach from a very young age. And as they grow up, it becomes part of their daily life.

Talking during the party is highly encouraged which is the foundation of the gathering and it’s called  Nomination [nomu = drinking, and Communication]

Drinking with coworkers can clearly be an unspoken requirement by many companies in Japan. The lack of ability to make relationships during work has been taken outside the office.

Where the boss [Joshi], Senior team [Senpai], Staff [Buka], and Junior staff [Kohai] all come to meet for a drink or dinner without their work status, and it’s considered a normal way of doing business.

During the work hours, all discussions and talks are limited, giving little to zero room for coworkers to mingle and get to know each other, hence drinking outside work hours is a great solution.

The tea ceremony occupies an important role in Japanese parties, where the Japanese Matcha (green tea) is prepared and served.

Green tea (Matcha) is traditional, but you have many other options to choose from which can serve the same purpose. Providing sweets helps in reducing the bitterness of the Tea.

This is hosted in a traditional house known as Chashitsu or any proper room with the required materials can do the same job.

Preparing tea means resting all your worries and placing your attention on precise movements. The traditional clothing for the ceremony is the kimono.

The Japanese have been drinking tea since the 4th century. The philosophy is to gain peace in the process of taking your cup of tea.

Originally, the Japanese never celebrated their birthdays. But, this started changing with time. As a matter of fact, Japan has over 60,000 citizens with ages over 100 years old and they never used to celebrate.

As a believer in celebrating the new year as a new age of life where everyone gets older, NOT their born days.

On this day, the lucky one (birthday person) sits back. Friends gather and pick a day for everyone to meet to plan for a bar or a restaurant where the food is great.

No payment is required from the person whose birthday is taking place. The only time you’ll organize your own birthday party in Japan is when you’re a child, where it might even be your parents who did it on your behalf.

People sing “Happy birthday”, it can be in English or Japanese. They all sing while they watch him/her blow the candles off the cake, of course, all lights are off or dimmed as well.

A meal is something that occupies the biggest part of Japanese culture; hence offering a great deal of food is something very common

On the Japanese Couple Birthday Traditions. They normally move out or stay elsewhere; the point is they want to be alone. This could be a girlfriend or boyfriend, spouse, or significant other.

The things they do are usually going out for dinner to converse and later on exchanging gifts. But it’s not the case with everyone; others depend on the couple.

There are more birthdays to celebrate, which are as follows in short:

The one thing no Japanese birthday party can miss is s great deal of food, gifts are optional on some birthdays.

For every party, Nomination is encouraging fellow Japanese to discover themselves better and it’s also responsible for most Japanese Ending up being coupled building relationships, and finding their way to be marriage partners

Some parties across the world tend to feature music however this is not included here. The absence of music or dancing is what makes it different from any party hosted outside of Japan.

6 Foodie Destination That Are The Heaven For Travelers

Hashima Island: The Most Haunted Island In Nagasaki, Japan 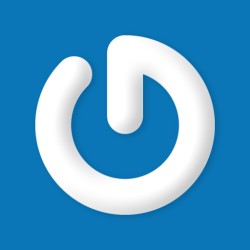