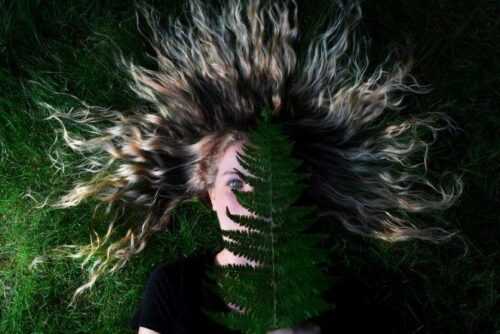 ‘Based on a true event,’ isn’t that bone-chilling to even read? Especially when you’re watching a horror flick- alone- at night.

We have seen several movies based on haunted places, houses, even dolls. Remember Annabelle?

It made people passed out in the midst of the movie. Amityville horror?

The movie itself was daunting enough to watch, let alone people apparently lived through that horror. These movies were an actual thing!

However, have you ever heard about a movie based on a forest?

The suicide forest is undoubtedly one of the scariest places to visit in the world. People have often found clothes and body parts crisscrossing through the line of trees.

The number of self-caused deaths in the Aokigahara suicide forest varies every year. Upon the survey, it was estimated that it is around 100 suicides yearly.

However, it is not the sole reason why people do not wish to enter the forest.

Situated at the center of Mount Fuji, crisscrossing plays a major role in Japanese mythology, as well. It is known as the most haunted place in the Japan.

Believers reported several numbers of ghosts that are known as Yurei- who undergo violet and unnatural death, as well as demons.

During a forest tour for the documentary purpose made by VICE, they found an unsettling curse.

A doll’s face was cut and hanged upside down with a nail to a tree. It gives an impression of reversed crucifixion.

Anyone could easily get lost in this dense forest as GPS and compasses don’t usually work under its cover due to the high iron deposits in the topsoil.

This reason makes people enter the forest with tape and string them along as they walk through the forest in order to not get lost.

However, one woman stated that someone cut her tape intentionally, leaving her lost in the suicide forest. Though she made it out, the question here is who cut her tape?

Several people often hear chilling and abnormal screams while strolling the suicide forest, believing it to be manifested by Yurei.

Japan times writer shared his experience in the suicide forest stating he heard bloodcurdling screams in the forest.

Upon further research for the cause of the noise, he discovered a corpse of a man at the center of a tree.

After a examination, it was revealed that the body was dead for some period, and couldn’t be the reason for those blood-chilling screams, however, his spirit could be.

Another one of the trademarks of the suicide forest is the ghost sightings. Numerous visitors have claimed to have seen various apparitions floating amid the trees.

Just because the forest is known for its notorious suicide attempts by the people doesn’t imply that everyone who decides to die to meet their ending.

It is deemed that only those people would die who the yuri (spirits) of Aokigahara wants dead.

Many, who went into the forest in order to end their life came out alive from the suicide forest.

Hideo Watanabe, a shop owner, was interviewed by the Japan Times, told that he has seen various people came out of the woods after endeavoring to kill themselves. However, failed.

One of the survivors had a rope around her neck and her eyes were going off of their sockets.

He took her inside and offered them some tea to drink. Afterward, he called an ambulance and took her to a hospital.

A tourist couple once decides to wander the forest, however, soon they started having a sense of suffocation.

As they were trying to get out of the forest, it seemed the trees took the form of a living being and tried enclosing them.

At last, they made out of the forest with the help of the tape they left at the back of them.

Although, nobody has ever seen this Buddhist monk outside the forest. Some say it is a pious spirit that prevents people from committing suicide.

Another book called the complete suicide manual, which calls Aokigahara ‘the perfect place to die.’

The book is, however, discovered amongst the most abandoned custody of numerous suicide forest visitors.

Even after all this information, your adventurous soul screams for something thrilling by venturing into this forest, try doing that by abiding by the signs posted and stay on the path. Your life matters!