The castle of good hope, also known as the oldest colonial building in South Africa was built in the 17th century.

It is a pentagonal fortress made by Dutch colonists. This is a famous central landmark to the history of Cape Town.

That was said to serve as the seat of military operations and government for at least two centuries.

This castle has two museums and a ground that [provides some fascinating insights into the cultural past of Cape town’s military.

The Construction of the Castle of Good Hope

While in 1652, the Dutch East India Company(DEIC) was able to settle for establishing a refreshment base for ships all the way from Europe to East Asia on the shores of Table Bay.

This was done to keep up their monopoly over the Spice Trade. One of the first Commanders of the Cape Jan van Riebeeck had erected the Fort de Goede Hoop (Castle of Good Hope).

With the threat of war that loomed between the Netherlands and England, the DEIC commanded to go for the stronger stone fortress and replace the original one for providing greater protection to the Dutch settlement.

During 1666, Governor Zacharias Wagenaar established the four famous cornerstones of the Castle of Good Hope.

The majority of this work was carried out by sailors and soldiers. Leerdam, Buuren, Katzenellenbogen, Nassau, and Oranje were the five bastions of the Castle.

These bastions were named after the main titles of Philip William, the Dutch Prince of Orange. Each bastion lodges its own magazine, garrison, and storerooms. Not only this, but they also consist of specialized production centers like smithies and bakeries.

The famous fort and adjoining trench were constructed on the Table Bay shoreline for averting an attack by sea.

This work was completed in 1679 as per the Dutch defense principles of time.

Now, this Castle of good hope is found more inland because of the land reclamation that took place in the 1930s and 1940s for making way to Table Bay Harbor and foreshore.

Why the Castle is said to be Haunted?

During 1915, a mysterious two-meter tall figure was observed on the battlements of the castle.

This strange figure was again noticed in 1947, leaping over the battlements.

This strange semi-luminous ghost was seen by people for over a period of weeks. It usually walked somewhere between the Leerdam and Oranje bastions.

Then was seen leaning above the parapet, staring into those Darling Street.

According to some parapsychologists, it is believed that when a ghost shows its presence so evidently and known at unpredictable and widely separated intervals, the spirit is considered to have been disturbed due to some event or alteration previously in the environment.

Additional to this many inexplicable footsteps have been heard in the same area of this castle.

It is said that it is the same ghost who rings the castle bell from time to time.

Many hundreds of years ago a guard had hanged himself with the bell-rope in the same castle.

The story of this haunted castle doesn’t stop here. This castle also experiences a haunted soul of a large black hound that haunts the
castle, leaping at visitors and vanishing at the last instant.

The Buren bastion often experiences the same ghostly experience as the lights are switched on and off without any human assistance.

Somewhere near the guard room some strange voices of the argument of an unseen man and woman have been heard.

Upon investigation, nothing more than a shapeless figure was seen. The horrifying fact behind the electric bell in the guard room is that it is connected with suicide in the earlier part of the twentieth century.

Once the specter of governor Pieter Gysbert van Noodt’s presence is also seen in the castle and has been heard cursing.

In April 1729 Captain Rudolf Allemann has given a first-hand account of Van Noodt’s death.

Adding to the misery of this place, Seven soldiers were unjustly and illegally condemned to death for betrayal, after the governor had upturned the council’s more lenient sentence.

One of the soldiers among them was a theological candidate who stood for divine Justine on the gallows and called Van Noodt.

The very same day, Van Noodt was found to be dead in his chair. In accordance with the Allemann, all the official account of events was false.

Van Noodt was claimed to be buried inside a cheap coffin, in a secret place. This is because the council did not want him buried in sacred ground.

A fine quality coffin was used for his public funeral. A German traveler known as Otto Mentzel said to confirm the Allemann’s version of the events.

He suspects that this course of the occasion did divine justice and was aided by earthly conspiracy.

The Entrance of the Castle

The entrance of this a unique castle of hope built in the 17th century showed the Dutch classicism.

The bell of this place was cast in 1697 by Claude Fremy in Amsterdam is still hanging in the tower from its original wooden beams.

While the restoration of the inner courtyard, there was a new foundation of the early 18th-century bakery and pool.

The building is now known as Het Bakhuys. Which was then reconstructed on these foundations.

As we all know this Castle of Good Hope was built in accordance with 17th Century.

The European principles of fortification comprised strong bastions from which the outside walls of the castle could get protection by cross-fire.

The museum of this castle depicts the military history of the Cape. It was made in honor of the Castle and Cape Regiments.

Here the collection consists of artworks that reflected many aspects of cultural life at the Cape. Starting from the early VOC days till the end of the 19th century.

Once a part of the Castle’s system of Defence, this section of the moat was rebuilt as restorations.

Regular guided tours are conducted here from Monday to Saturday at 11h00,12h00 and 14h00 (excluding Sundays).

This castle of good hope is a place full of many stories of the past. Even the haunted stories of this castle are so interesting that an adventure lover can easily find it fascinating to pay a visit.

I hope this article had all the stories that you were looking for. Do let us through your comments below. Till then keep exploring. Thanks! 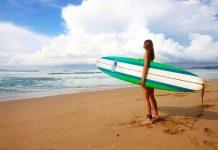 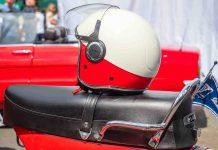 Choose Which best travel helmet for You Based on Your Style... 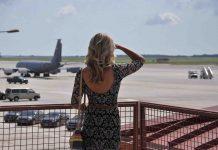