Can you imagine being covered into sickness and the treatment is ineffective or worse, ‘incurable,’ and you’re just lying in the hospital bed praying to die sooner? Can you? Alright!! Enough with the dramatic expressions. How many of you have heard about Waverly hills hospital?

I guess, most of you did and for those who haven’t, let me enlighten you!

America was once wrapped in the most horrible time in the history of any disease, or that’s how I’d like to portray the situation.

During the 1800 and early 1900s, America was devastated by a disease known to all as ‘white death’ tuberculosis. This deadly disease spread rapidly, affecting entire families and sometimes a whole town.

In 1910, a hospital was built on an exposed hill to fight this deadly plague in southern Jefferson County. Soon the hospital became so overcrowded that they had to construct a new hospital with the help of donated money and land in 1924. This new hospital was known as Waverly hills which opened in 1926.

The Waverly Hills hospital was then the most advanced TB hospital in the whole country, but the nonexistence of the cure killed most of the present patients in the hospital.

The doctors in those days believed the best treatment for this disease was fresh air, lots of rest, and lots of nutritious food.

Many said that some of the patients survived tuberculosis, but the estimates showed that 100s died at the outburst’s height. In 1900, Louisville, Kentucky, had the highest death rates in America by tuberculosis.

The treatment for the disease was quite brutal and as dangerous as the disease itself. By today’s standard, some of the experiments done on the patients then were very brutal in search of a cure.

Since fresh air is considered a treatment later, the patients would place it in front of a huge window to feel the fresh air irrespective of the seasons.

Other treatments included balloons, which were inserted surgically in the lungs and filled them with air to expand them.

The doctors used to remove the patient’s muscles and ribs from the chest so the lungs could grow more and consume more oxygen. Apparently, the results had to come out as a disaster.

The majority of them (dead patients) left through what is known to be ‘body chute.’ It was a tunnel to where they disposed of the dead bodies.

It did so the patients in the hospital wouldn’t know how many dead bodies are leaving from there. For the doctors, the patient’s mental health was as important as their physical health.

This place has a lot of stories to tell- “the story of a little girl,” many witnessed her running up and down the third floor, a little boy playing with a ball, a woman with a bleeding wrist who mourns for help, and many more.

People who visited the hospital experienced slamming doors, the sound of footsteps in an empty room.

Another story that happens to attract many people including ghost researchers is room ‘502.’

What legend says is that a 29 years old nurse hung herself from the light fixture in Room 502 and was unmarried and pregnant, allegedly.

Another nurse worked in room 502 jumped off the room patio in the year 1932. Nobody knew the real reason for her death, but some believed that she pushed. This story too, had no evident record to prove the speculations.

According to legends, Timmy was a 6-7 years old child who died in the hospital from tuberculosis. He has not moved on yet, as he died with his whole life ahead of him.

Visitors bring toys and balls for him to play with. Many of them have seen the ball moving on their own, but the skeptics say it might have been the case of wind or uneven floors.

One of the saddest stories amongst all in the WHH would be the ghost of a woman with bleeding wrists. The woman’s ghost roams in the hospital, mourning in agony, bleeding from her hands and feet.

She cries for help, but when outsiders come closer to aid her, she runs away screaming in horror. 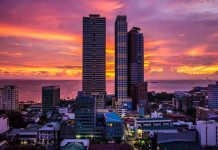