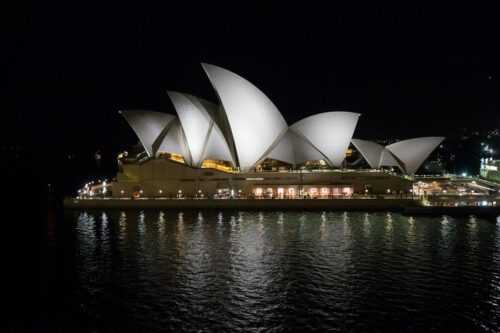 We are surrendered by the mysteries that are fixated in every corner of the earth; it comes in many forms and is located in different places around the world. Top 9 most mysterious places in Australia.

These mysteries might be explainable scientifically, while the other defiles human understanding myself and my team have decided to travel far away,

Australia to bring you the top 9 most mysterious places in Australia today. Ride along with us as we take you through the journey of Australia’s mystery land.

The good side of this place is that it is one of UNESCO’s World Heritage Sites; it is a small town in the Tasman Peninsula, Tasmania, Australia.

As we stepped into the compound, the impression that came to my mind was “Guantanamo Bay”, according to the story Port Arthur Town was formerly used by the British government sometime in 1833 as a prison for hardened criminals.

The place was also used as a torture cell, prison cells, as well as an asylum.

Due to the tales of suicide, and measurements which most of the time led to death, the place has been said to be the hub of paranormal activities.

The place was named after the Van Diemen’s Land’s lieutenant governor George Arthur.

But from 1833 – 1853 it was made the final destination for Briton’s toughest convicted criminals, and rebellious persons moved from other convicted locations.

It was documented that when Port Arthur Town was still a prison, it has the strictest British security apparatus.

Well, for me it is not too far from the truth because viewing the building from the front view will clearly authenticate that claim because of the high walls and countless security posts that sighted at a different section of the building.

Mere arriving at this mini-city-sort-of settlement you will be greeted by some alien statues located here and there, from what our eyes can catch there no much good housing structures around, from what I observed: “nobody has the intention of staying there for too long”.

Located in the middle of nowhere, this town is said to be the capital of UPO activities.

Founded during World War II, the town has the most alien activities in Australia even the locals will be nice enough to you their numerous encounters with UFOs.

At the entrance of the town just in front of you is a boldly erected alien statue and an alien sigh post warning visitor on the adventure he is about to embark on (I wasn’t scared after all…lol).

In Australia, small settlements like Wycliff Well is mostly referred to as Roadhouse because of its extremely small population and very few of its inhabitants are mostly permanent residents while the others are considered nomads.

And did I mention that it is extremely hot in the night, the Wycliffe is 21 degrees especially at night?

This is a replica of planet Mars, it is located in the western part of Australian Nambung Desert, the “pinnacle”, as it is called, is a yellow sand pathway containing some strong limestone arranged in a strong systematic formation and stretching a kilometre wide ahead.

According to the located, the pin-pointed stones that scattered a; over the yellow desert is believed to be the spirit of people consumed by the desert’s sand.

Those visible stones are said to a warning for tourists to stay away from the deceptive sands of the desert hence to avoid being as well.

The name might sound cute though, but don’t be deceived because nobody has ever returned to tell the tale of where the light comes from.

The mysterious light they say has been there since 1838 lighting the way for night traveller through the long stretched like 120km straight.

For me it looked more like a reflection, but what reflects even in the night?

The source of this light has become unknown since 1838, but it is not that bad, after all, it lights the way (for me and my team).

The Min Min light has been talked about severely in Australian’s folktale books, one of them being the “ six months in South Australia” which (I have not read by the way) talked about the same story in a whole different sense.

It is said that the first people that discovered the mysterious light and actually wanted to know the source was the stockman sometime in 1918, and since then it has become a destination for so many mystery hunters.

According to legend, the follows whoever approaches it but disappears when fired upon,

but reappears after a while but do not get too excited and decide to go after it because according to the legends those that went inquisitive never came back to tell the story.

we didn’t dare to go any closer ’cos looking from far end of the tunnel gives you that chill and gives you that there-is-something-wrong-with-this-place kinda feeling.

The tunnel according to the locales is constantly haunted by some strange unseen creatures which they believe only appears in the night.

Sometime in 1916 one Emily Bollard was found dead in the tunnel, according to reports it was said that the victim got stocked by a train.

How Emily died was somehow gruesome, she was dragged all the way to the next train station, it is not therefore certain whether the tunnel was closed because of the incident but the thing is,

nobody knows exactly what happened or what is happening in there because nobody dares to come closer (not even myself).

The Tunnel is located at Picton, New South Wales, Australia.

As the name stipulates, this is a facility meant to contain the spread of infectious disease to avoid further spread.

Officially opened in 1832, it has witnessed thousands of people quarantined in it, it has also played guest to suffer from smallpox, cholera, Spanish Flu and other hosts of contagious diseases.

We managed to get in there and as usual, it is as ghostly, deserted and creepy as we have expected.

Located at Manly, New South Wales, Australia, the quarantined station is now this most visited site by hundreds of tourists in and around the Australian continent.

It is being maintained by the Environmental and Heritage Office which is a government agency based in New South Wales.

It lays on 277 hectares and was operative from 1832-1984, in the 1970s the decision to preserve the facility came up all the artifacts were collected compiled as a museum. You can see Top 10 Haunted Places in India.

The name alone is enough to scare you away, it is located at Babinda Boulders, and has been reported have claimed the lives of 17 people (all me).

This rushing ocean of angry waters is believed to be haunted by an ancient spirit named Lovelorn, to validate this claim the death of the 17 men all happens under some extreme strange circumstance.

Although we didn’t get too close because of the fury of the water, the Lovelorn spirit is said to seduce the young man who lives around the river bank to where they fall to their deaths.

To honour the souls of those young men who had died in the pool, the locales erected a plaque in their memory; in it writes “he came for visit, and stayed forever”.

Well, form the look of things it seems mysterious creature doesn’t want to go home after all.

It is located on the north side of Adelaide; it is a red desert with an underground mining camp. It was constructed by the Australian soldiers after the First World War.

The strange thing about this place is that standing on the plain, it is just like any other desert anywhere in the world,

in fact, you hardly notice that you are in a desert, but beneath the yellow sand desert is another atmosphere altogether.

It feels as if it is winter; you hardly noticed that you are in the middle of an Australian desert.

I for one nearly dozed off underneath one of the miner’s hostels. Lol. By the way, the Coober Peddy is located at North of Adelaide.

Now as I and my team arrive this Citadel-looking edifice, there is absolutely nothing wrong with the building from outside but from the stories, we gathered the HM Pentridge.

It was one of the maximum prisons in the 18th century, at some point some part of the building was converted to the Luxury apartment just like every modern residential house.

But from the testimony we had from the people we meet, they claim that they usually hear strange harsh voices coming out from “cell 16” repeatedly saying “get out”! of course.