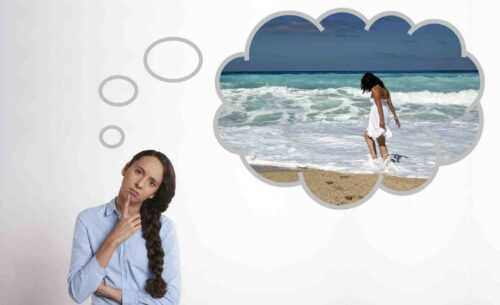 Australia, the land down under, is home to cute animals like koalas and kangaroos, also home to equally charming actors like Chris Hemsworth and Hugh Jackman. It’s a wondrous place to be and explore and makes for a fantastic holiday destination. Now if you are not that convinced by my Chris Hemsworth bait.

Well, I don’t know who you are, but we have a problem but, more importantly here are my top 6 reasons why you should visit Australia that I hope will convince you to visit down under on your next adventure.

The people and culture

Aussies are some of the most fun and jolly people to be around. They are very friendly and open-minded and that combined with the laid back lifestyle of Australia makes it a great place to relax and crack open a few beers.

In most travel blogs, you will see the writers celebrate the people of a country or area, it’s a common cliche. You get the picture about what I mean, right? Well with Australia you have studies and data backing up those claims. Fun fact over 62% of Australians voted ‘yes’ to same-sex marriages.

Studies have shown the country to be one of the most tolerant and egalitarian countries around. So, when describing Aussies with terms like friendly or open-minded, It’s very much accurate and in line with how they are. Visit Australia to meet some of the most laid back, fun, dry-humored, open, and friendly people on earth.

Australia, while being the smallest continent in the world, is still the 6th largest country in the world.

Another fun fact is that close to 90% of Australians live in urban cities, with close to 40% of the total population living in just Sydney and Melbourne. But you might be wondering. Well, with most people living in cities, Australia has a lot of wilderness and immensely diverse landscapes, most of which hardly sees any human activity.

The vast country and the remoteness all combined with the different views also mean that some of these areas can outright, only be explored on cars, and that is also the best way to experience Australia. You’ll be covering vast distances that might take weeks to cover and along the way you get to take in the beautiful scenes and stop along on the little towns and meet the unique people who live there in the small communities.

If you are not convinced, check out the drives on the great ocean road, It’s one of the best routes for road trips in the world. If exploration is your calling, then Australia’s highways and wilderness might be the perfect antidote.

You might know that kangaroos and koalas are mostly found only in Australia. Well, that’s just not it though, most of Australia’s wildlife, almost 90% of it is endemic to the region. Years of isolation and the remoteness of the island continent has to lead to the wildlife evolving without interruptions from other species.

You can’t see a lot of these animals in the wild in other parts of the world, and the diversity of species is just spectacular. Be it penguins, wombats, platypus, koalas, Tasmanian devils, numbats, kangaroos, and just so much more, Australia has a ton to offer for wildlife enthusiasts. If you like animals or plant life, its got a massive variety of that too, you should visit Australia as its one of the premier destinations for wildlife. Fun fact, kangaroos outnumber humans 2 to 1 in Australia. Also, it was home to my favorite wildlife conservationist Steve Irwin, RIP.

Australia is technically the largest island in the world, but since it’s classified as the smallest continent so, Greenland gets the official honors. But, being the most significant island also means that it has a vast ocean on all sides. With over 50,000 km of coastline and 8 in 10 people in Australia living near a coast. The beaches of Australia are an essential part of the culture and way of life for Aussies.

Australia also has some of the most fantastic beaches in the world with white sands and turquoise waters with waves that are just waiting to be caught by surfboards and ridden. It’s where Aussies meet, drink, socialize, surf, and celebrate the Aussie way of life. The beaches are to die for, and the culture around them is enjoyable and laid back.

Who doesn’t like a good beach, right? If you are a beach baby like me, then Australia should be on the top of your list as well and definitely, look into all the beaches they have to offer. I would suggest checking out the lizard island and Whitehaven beaches for a start.

The Australian Nature and Landscapes

Australia, as we have seen before, has just so much wilderness and places to explore. The diversity in landscapes is genuinely spectacular. Be it lush green forests, arid deserts, or high mountain ranges, Australia is blessed with some of the best of them all. Just take a look at the great barrier reef, one of the last few premier coral reefs in the world with over 1500 species of tropical fish.

Or the blue mountains with some of the most ancient plant life in the world. The variety of precious ecosystems and landscapes all in one place is unmatched, and you get to experience them all in one destination. For anyone who likes nature, there is a strong case to be made to visit Australia.

Adventure Sports in the great outdoors

We have established that Australia has some excellent places to explore, drive around, and chill. There is one more thing though for the ones that seek adrenaline, the adventure sports.

With the varied landscapes and areas come crazy adventure opportunities — a wide array of things to do before you die. Be it scuba diving in the great barrier reef, diving in a cage with great white sharks, or bungee jumping in the jungles of Cairns, the opportunity for mad adventure sports abounds in Australia. If you have ever wanted to try something badly, chances are, it’s in Australia. Skydiving, white water river rafting, hang gliding, abseiling, cliff camping and mountain biking all accounted for with more just waiting to be explored and experienced.

Their next-door neighbors are New Zealand after all, a country that is renowned as the adventure capital of the world and Australia isn’t just going to stand there and take it. So, if there is an adrenaline junkie in you. Well. Be careful you might get addicted beyond repair.

So those are my top 6 reasons why you should be visiting Australia. It has all the makings of a perfect holiday destination with something for everyone. The people are amazing, the places are amazing, the wildlife is spectacular, and it serves the adventurer in every one of us well.

Do you know what else is fantastic? Well, Pickyourtrail, India’s leading customized vacation platform where you can customize your Australia tour packages according to your needs & requirements and book it at the best prices all in one place. Need more help, then feel free to reach out to one of the destination experts to get an expert to advise and help in planning your trip better.