Isdal Woman- A Continuation of a Mystery

On November 29, 1970, it was like those usual chilly days in Norway, until a native with his two young daughters saw a body in an Isdale valley and Isdal woman.

Esalen valley has also been known as the ‘Death valley by some locals as many people committed suicide in the medieval times and during the 1960s few hikers fell to their deaths while hiking in the fog.

The police found many objects- jewellery, a watch, a broken umbrella, a watch and some petrol in bottles.

Interestingly, the woman wasn’t wearing any jewellery or watch according to the forensic reports. According to a forensic expert, Tormod bones, the placement of the objects next to her body left him perplexed, and he said as if there had been some ceremony because the positioning and the location of the objects were quite strange.

Many speculations came to light, for some it was a murder, for some, it was a suicide. As for the investigators, the mystery only increased as they dug deeper and deeper.

The police also found a pair of nylon stockings and rubber boots. Tormod bone said that the woman was wearing a lot of synthetic clothes and they heavily burnt, and the labels from her clothes were also cut off from every piece of clothing she owned and her fingerprints also had been removed which became even harder to identify this Isdal woman.

The police also found a prescription for a lotion, but the name of the doctor and date had removed already. The suitcase contained other things as well. There were several wigs, German and Norwegian money.

The police found some Belgian, British and swish coins, cosmetics, hairbrush and comb, and some teaspoons, which made the police investigators quite optimistic about the case but soon they realized the label from her belongings or clothes– that could have been helpful in identifying the woman removed.

But a postcard they found during the investigation led them to an Italian photographer who told them that he had taken the women out to dinner and she said him her occupation as an antique dealer from South Africa.

After an investigation by the police, they found out that the Isdal woman had traveled around Norway Europe with fake identities. By now there were rumors of the dead woman being a spy.

As per some witness sightings, the woman used several wigs, and the police found a diary in her trunk that had some secret codes written which later decrypted and provided evidence of her not being a spy, as the codes were nothing but some dates and places she visited before.

The witnesses also reported the police about the Isdal woman that she spoke several languages: German, French, English, and Dutch.

Police even sent a description and sketch of the Isdal woman to many police stations abroad, but nothing came out as a result eventually.

The Autopsy of the Isdal Woman

During the autopsy of the Isdal woman, the investigators found a bruise on her right side of the neck which is said to be because of a blow or she might have fallen. There were no results of her being ill.

According to Tormod bones, there was smoke particle inside her lungs which meant she was alive while burning. They also found a high concentration of carbon monoxide in her blood.

The teeth thoroughly examined during the autopsy, and her dental work indicated that she went to a dentist in South America to have her teeth done.

Back in the 1970s, the DNA analysis didn’t exist, but several tissue samples from the woman’s organ stored at the Oakland university hospital.

Last year, the scientists came up with some result after months and which revealed that she was of European descent.

Four days prior to her death, on November 24, 1970, a native guy was hiking through Death Valley with friends.

Where he came across the Isdal woman, and she was in high fear. He noticed her dressing style is elegant but not suitable for outdoors. Before the local could do something, the woman and those two men disappeared into the woods.

The 26 years old local immediately contacted police when he found out the news about the dead body found in the valley.

He recognized her from the sketch, but the policeman he spoke was barely had any interest. In the case and told him to forget the woman as the case can never be solved. He took the advice and waited 33 years to come out the public to tell the story.

It has been 46 years, and the investigators are still searching for this mysterious Isdalen woman.

Read Also: A Man Leave without Food and Water 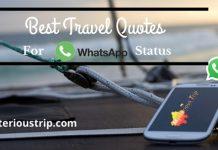 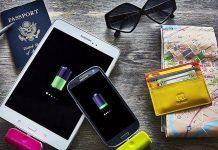 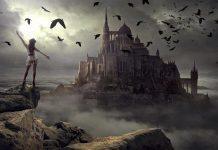