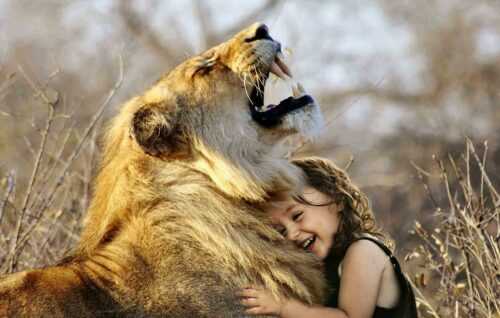 An African wildlife safari is known for its wilderness and rich flora & fauna. It offers you the best in the wild world and is known for its spectacular landscape, which is a delight for wildlife photographers.

If you are planning a visit to Africa, then you need to visit the best game reserves and wildlife parks.

Do you know about the famous Big Five? The list includes the Lion, Buffalo, Rhino, Leopard, and Elephant.

Spotting of Big Five is easier if you are aware of places where you can find them. The game hunters in Africa coined the term ‘Big Five’.

It refers to a group of animals that are difficult to hunt or spot. You’ll be able to spot the big five in places like Botswana, Tanzania, Kenya, Namibia, and Zimbabwe.

Most tour operators also use the big Five names for marketing safari tours in Africa.

The African Lion is also known as Panthera Leo and is the world’s largest cat after the Tiger. Lions are more active at night and generally hunt at night. They sleep during the daytime and can sleep for up to 20 hours a day.

Lions are social as compared to other cat species. They can live around 14 years of age in the wild and have very few natural predators. However, man is still a lion’s biggest threat.

Large-scale habitat loss and traditional hunting customs have majorly contributed to the declining population of Lions. Spotting a pride of Lion during the safari is an unbeatable experience for sure, but spotting of the Lion depends on the season.

Where you can find Lions

Cape buffalo is the most dangerous animal of the Big Five. Buffaloes are defensive & protective and possess an incredible strength with sharp longhorns. The best part, Cape buffalo can be easily spotted as they are abundant and most widespread.

Cape buffaloes normally seek safety in numbers, so you’ll find them in groups. They also keep their herd together in the event of an attack from the African Lion and have a bad temper, when they are threatened.

There are four different subspecies of Cape buffaloes and the largest of them seen are in the East African region.

Where you can find a Buffalo

Leopard is the most mysterious of the Big Five. If you sight a leopard, then its the highlight of your African safari. While hunting, Leopards normally rely on stalking their prey and are mostly solitary except for the time when they mate.

African Leopards are nocturnal creatures, so they spend their daylight hours hidden from views. Leopards are also excellent climbers and use trees to scan for different prey. Leopards have large territories and seldom stay in one area for a few days. The hunting prowess of the Leopard simply relies on the speed of running.

Actively they can run at a speed of 35 miles per hour. A leopard can also jump up to 10 feet into the air and are excellent swimmers as well.

Where you can find a Leopard

The African Elephants are the heaviest land animal and are found in sub-Saharan regions. Elephants can easily survive in different habitats that include wetlands and deserts.

Most African Elephants are adapted to their environment. Elephants are social animals and normally live in matriarch led groups and communicate using the low-frequency rumbles that can travel for many miles.

African Elephants can consume up to 50 gallons of water each day. On an African safari, you will be able to spot the elephant near the lake or waterfront.

Where you can find an African Elephant

In Africa, there are two main species of Rhino; Black Rhino and White Rhino. But both the species are now at the risk of extinction due to the poaching epidemic.

In an estimate, there are about 5000 Black Rhinos and 20,000 White Rhinos left in the wild. The Rhinos in the African jungles are constantly monitored and have a lot of protection around them. It may become difficult to spot a Rhino on an African safari also because of the dwindling numbers.

Rhinos can be spotted in a particular season and with the help of a safari guide. Black Rhinos are solitary and have a terrible temper. Black Rhinos usually prefer scrubland areas and open lands.

Where you can find a Rhino

If you plan to spot the big five on your African safari, then you need to consider the season and time. Also, take a guide along with you on your safari tour. Spotting of big five will surely give you a lifetime experience and adventure you’ll love.

country in Europe to study